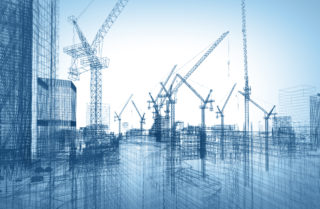 A factoring company is not subject to liability under the Texas Construction Trust Fund Act for misapplication of construction funds, according to at least one Texas Court of Appeals. Dakota Util. Contractors, Inc. v. Sterling Commercial Credit, LLC, 583 S.W.3d 199, 201 (Tex. App.—Corpus Christi 2018, pet. denied). Although, the Court indicated that this holding may frustrate the purpose of the Act to protect subcontractors and materialmen from the risk of nonpayment, the Court found that its decision was mandated by the  language of the statute.

At some point, Dambold also entered into a factoring agreement with Sterling, a factoring company.  Dambold factored its invoices on Atmos projects in exchange for monetary advances from Sterling. Pursuant to the factoring arrangement, Sterling was entitled to be paid directly by Atmos for Dambold’s invoices.

Atmos later defaulted under its agreement with Sterling, ceased operations and filed for bankruptcy. Apparently, Sterling had received payments from Atmos that included funds for work performed by Dakota for Dambold, and Sterling did not pay these funds over to Dakota. A partial settlement was reached in the bankruptcy case, but Dakota claimed that it was still owed money for work it performed for Dambold from funds received by Sterling from Atmos. In a nutshell, Dakota was contending that Sterling, the factoring company, stepped into the shoes of Dambold when Sterling received money from Atmos. Since the funds Sterling collected directly from Atmos included payments for work that Dakota performed, then Sterling should have paid those funds over to Dakota.

Thus, Dakota filed suit in state court for the deficiency alleging that Sterling, the factoring company, misapplied construction trust funds under the Act that were owed to Dakota.. The question before the trial court was whether Sterling was a “trustee” under the Act that owed a duty to pay over funds to Dakota for Dakota’s work. The trial court found as a matter of law that Dakota was not entitled to recover anything from Sterling under the Act and Dakota appealed.

The Court of Appeals affirmed and held that the Act did not apply to Sterling because it was not a  “trustee” and was also exempt under the Act as an “other lender”. Id at p. 208. In that regard, the Court stated:

Here, Dakota, a subcontractor, contends that Sterling, a factoring company, is liable under the Act as a trustee because Sterling acted as an agent of Dambold, a contractor, when Atmos paid Sterling the construction fees, in the form of receivables, that Atmos owed to Dambold. We disagree with this contention based on the facts of this case, the plain language of the Act, and the foregoing authority. Fundamentally, the record indicates that Sterling, as a financing entity, is not a “trustee” under the Act because it is not a “contractor, subcontractor, or owner or an officer, director, or agent of a contractor, subcontractor, or owner.” ……. In this regard, Sterling falls within the Act’s explicit exemption as an “other lender.” See Tex. Prop. Code Ann. § 162.004(a)(1).

The Court also held that payments that Atmos made to Sterling did not constitute trust funds under the statute. “Under the Act, “construction payments” are “trust funds” if the payments are made “under a construction contract for the improvement of specific real property in this state.” Tex. Prop. Code Ann. § 162.001(a).” ­.  The Court stated at pp. 208–209:

Here, the payments that Atmos made to Sterling were not made “under a construction contract” but were instead based on the factoring agreement between Dambold and Sterling.

The Court concluded that Sterling was not liable to Dakota under the Act. The Court recognized that factoring agreements may frustrate the intent of the act to protect subcontractors and materialmen from the risk of nonpayment. Unfortunately, for the subcontractor, the Court determined that its hands were tied because of the language of the Act. Thus, to the extent this creates a loophole under the statute, the Court stated it would have to be addressed by the legislature.